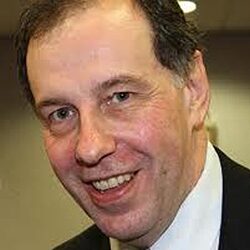 In Memory Of Our ‘Gentle Giant’ Chris Johnson

Denise and Stuart have thought long and hard and feel it is respectful to leave Chris on the site as our first chairman. He stood by Denise through her campaign for Justice for James. Denise referred to Chris as her gentle giant. He will be missed in the charity and many lives of people who knew him.

Kym is the newly appointed chairwoman of the charity, Kym runs a PR and management company and has been working with Denise & Stuart & the charity for the last 5 years looking after PR matters.

Kym helped to put together the plan for Denise’s book “I Let Him Go” and was instrumental in the TV documentary with Sir Trevor Mcdonald. Kym likes to be hands on and has already started to create bonds with many of the charities team.

Mother of Kirsty, James, Michael, Thomas and Leon. Patron of the charity set up in her sons name,. Denise loves music by Michael Jackson and Bruno Mars and Justin Timberlake.

Avid campaigner to help fight justice for her son and other families in a similar situation Denise always wants to help children.

Neil is a very well known face on the TV screens. He is the only actor who can boast roles in the three most successful British comedy series of the last decade; Phoenix Nights, The Office and Peepshow. But it’s as the hapless gypsy DJ Ray Von in Phoenix Nights that he is best known. Neil also co-wrote both series of the hugely popular TV series which became the fastest selling TV DVD of all time.

Neil has two highly coveted British Comedy Awards as well as a string of other awards for his writing work on Phoenix Nights and That Peter Kay Thing and was nominated for a BAFTA in 2003.

Neil won critical acclaim when he played then Liverpool FC Manager Rafa Benitez in 15 Minutes That Shook The World. Neil has also appeared in many TV shows such as Holby City, The Bill, Paradox, Casualty 1906, Benidorm as well as the ITV Drama Mobile. Neil recently reprised his role as Fergus in Sky 1’s hugely popular comedy drama series Mount Pleasant.

Philip is well known his role of ‘Timothy ‘Tinhead’ O’Leary’ in BROOKSIDE, a character he played for seven years and he also starred as ‘Jason’ in two series of ITV1’s BENIDORM.

His other television credits include Pleasure Land ( C4), Spine Chillers (BBC), Holby City (BBC), The Royal (ITV), Hollyoaks – In The City (E4), Missing (BBC), Doctors (BBC), The Spa ( Sky One ) and he also appeared in the Irish celebrity Show – The Salon.

Peter Currie is a former detective chief superintendent with Merseyside Police. He was awarded the Queens Police medal (QPM) for a distinguished service in the New Years Honours list 2008. Peter is married with a large family and enjoys football, camping and walking the family dog.

Anthony is the Managing Director of Profici (Digital Marketing, Design & Communications). He has a passion for sports and a love of dogs.

In 2016 Anthony summited the highest free-standing mountain in the World – Mt. Kilimanjaro in aid of the James Bulger Memorial Trust, raising several thousand pounds in the process!

Stuart is our Charity Manager and oversees all fundraising activities and events, helps to make sure all volunteers understand their role and makes sure all families that stay at James Bulger House are happy and content. Stuart is also an avid Liverpool FC supporter.